How Online Entrepreneur Martyn Cook is Shaping a Better Tomorrow

Online entrepreneur since the age of 14, Martyn Cook (now 33) discovered his passion for online entrepreneurship when he learned how to design websites to impress a girl. The intended romance never bloomed, but his entrepreneurial success certainly did—since then he’s sold everything from dog collars to houses, leveraging the Internet.

Martyn’s latest project is Noobru, a cognitive enhancement drink. This newer company has a charitable mission to nutritionally fortify 1 billion meals by 2025, in response to the global malnutrition problem. Martyn also loves to connect with other interesting entrepreneurs and does so via his Smarter Destiny podcast and community.

How successful is Martyn Cook?

For Martyn, the way to look at success is through the lens of freedom—or as he calls it, “true freedom”:

Being “time free”, which means he keeps a flexible schedule; one that puts him in control of his time and not the other way around.

Being “location free”, putting his role in any business to the “laptop on a beach test”—meaning he must be able to perform his role, typically steering the business, from a laptop on a beach. Not that a beach is necessarily his preferred working environment (or that working is his preferred beach activity, for that matter!), but that’s the test.

Being “financially free” i.e. that his finances should not be a barrier to his dreams; he should be able to afford to do the things that are important to him.

Martyn makes the case for it being best to live your life the way you want to and make money through what you enjoy, rather than by working long hectic hours and having a big bank balance but not being free to enjoy it.

Outside of work, for example, Martyn is an avid cricketer, and enjoys spending time with his wife and young son.

He’s also self-published two books, the most recent being “1% Secret” that has gained high-profile attention, along with hosting the “Smarter Destiny” podcast over 100 episodes so far with very influential figures, typically in the 7-9 figure revenue ranges.

He has built an online empire for himself—not just with his 20 million-strong social media following, but very tangibly by building, scaling and exiting multiple businesses and generating multiple 8-figure revenues in e-commerce, affiliate, and SAAS industries.

He is proud of all he has achieved to date, while considering himself fortunate to have been surrounded by amazing and very talented people that have helped him get where he is. The philanthropist in him now wants to focus more on creating a difference in the world through charitable components of Noobru and Smarter Destiny.

Martyn is a practitioner of biohacking, with the goal of getting the best possible return on investment made into his own body and life—to get greater results for the same effort.

When he came across nootropics over a decade ago, he was excited by the possibilities and potential for getting more out of his brain every day, and what he could achieve with that.

After experimenting with a lot of nootropics, his hard work finally paid off when he formulated the drink “Noobru”. The journey was not an easy one, and initially a lot of time and money was wasted on dead-end products, mostly in the form of nootropic pills.

Old-fashioned tablet-style nootropics are not easily absorbed and are mostly lost as expensive urine, making the practice of taking them as inefficiently expensive as it is unenjoyable.

He teamed up with a medical doctor and created a better nootropic: an optimised daily dose of 11 synergistically stacked highly bioavailable active ingredients (around 98% absorption) that are added to water to be taken as a single refreshing drink—a major selling point being customers reporting “Oh wow, that actually does taste really good”, which makes for a lot of returning customers.

Has Martyn faced any tragedies?

In his early 20s, he worked as a DJ in a room at a club called “Mercy Nightclub” where he had a lot of fun with his friends and customers.

One busy Easter weekend, the club was packed full, the weather was warm, and the air conditioning of the room was broken. Sweat dripped off the walls. The DJ box was situated above the bar, with a make-shift ladder to get up there. They always used to come down the ladder backwards, because if they did it the regular way, they’d scrape their back on a piece of sticking out wood.

But this night, his foot slipped off the step. Time stopped; he fell the rest of the way to the ground and landed on his feet, but he knew something wasn’t quite right. Why was his hand so wet? Heart thumping louder than the music, he realised it was blood, but that wasn’t the worst of it—he saw, in a surreal moment of horror, that one of his fingers was stuck in a poorly-welded handrail—five feet above him.

He was rushed to the hospital and received treatment, but his finger was gone. Now that 10 years have passed, he doesn’t really think about it much, but sometimes still gets phantom itches where the missing finger should be.

What are Martyn’s hopes for himself and Noobru?

Martyn wants to keep developing new delicious and effective product lines for Noobru, to help people in all walks of life.

He particularly wants to smash through the goal of fortifying 1 billion meals by 2025 with Noobru’s charitable component. On the way there, the product itself will also help the customers themselves thrive in whatever’s important to them—again the focus on creating genuine value for the world and improving people’s lives.

He’s also always looking for opportunities to be an equity-holding advisor in digital businesses that have a motive and make the world a little better through that motive, having built a wealth of experience, network and contracts across the e-commerce space in particular which he brings to the table.

“The coffin of our comfort zone”

“Don’t leave any love on the table”

“The world is full of scared loving souls”

How are Martyn and Noobru making this world a better place?

Martyn has positively impacted a large audience via Smarter Destiny and the Smarter Destiny podcast, with a focus on the responsibility of an “enlightened entrepreneur” to not merely make money but to leverage that success for the betterment of mankind, encouraging fellow entrepreneurs to take a similar approach.

Then comes Noobru which has had a charitable component baked in from the very beginning. With every purchase, it fortifies the meals of at least one child, for at least a year. Noobru’s goal here is to take on the global malnutrition issue that affects almost 2 billion people, so how much of an impact does Noobru hope to make?

The mission is to fortify 1 billion meals by 2025—that is their core focus right now, but they have also taken initiatives for challenges like climate change and reducing plastic production. Noobru is already a zero-plastic company with their products packed in sustainable eco-friendly materials, and the ingredients of the product itself are vegan and ethically sourced.

All that, of course, is on top of helping their customers, currently spanning 50 countries, find success with whatever it is that is important to them—whether that be their work, their academic and intellectual endeavours, their progress in sports and competition, or just fighting age-related cognitive decline, something that touches millions and their loved ones. 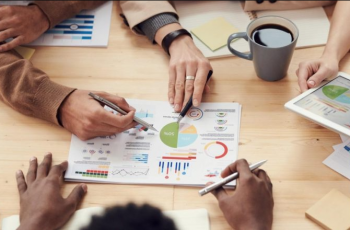 Any business can be expanded to generate more profit – …

What is Bitcoin?  Bitcoin is a computerized type of money. …

Our website is made possible by displaying online advertisements to our visitors. Please consider supporting us by disabling your ad blocker.